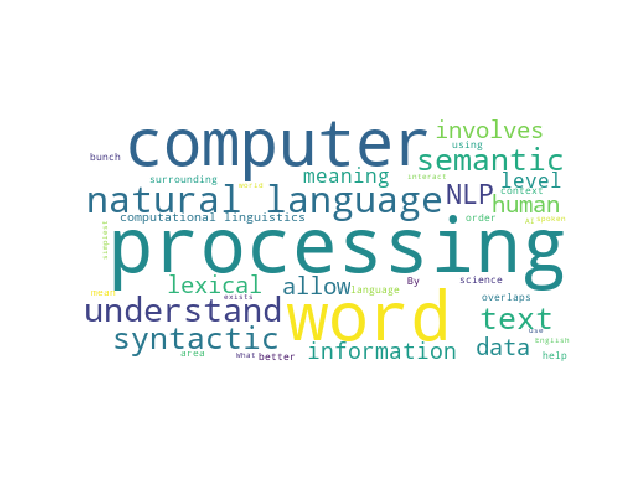 A wordcloud is a graphical word display of the most frequently occurring words in a body of text. The size of each word displayed is based on its frequency, so the size of words that are very frequent are larger than others. It is simply a visual view of the most prominent terms.

The input is a small article that talks about NLP, as shown below.

The output is a graphical image of the wordcloud, based on the input body of text. As can be seen, prominent words in this text are Natural Language Processing, NLP, Semantic, Syntactic, Information, Data, Text, and other words that are related to the topic of NLP. You can try this out using your own text.

All about Comments in Python Code

Quickly Read and Write to Files in Python